Fra Galdino and the miracle of the walnuts

Home » Fra Galdino and the miracle of the walnuts 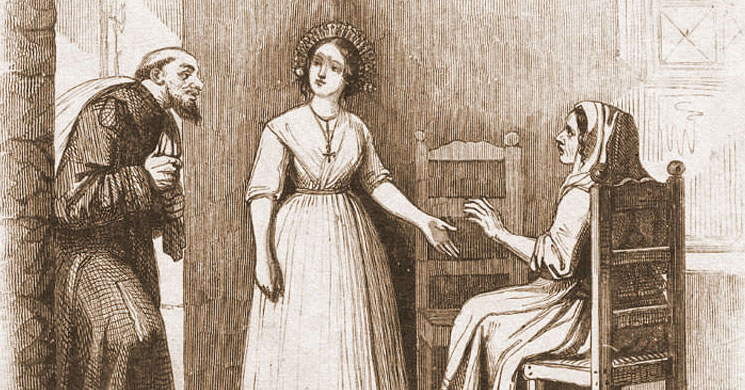 In Alessandro Manzoni’s most famous work, The Betrothed, much of the third chapter is dedicated to the walnut tree and the famous ‘Miracle of the walnuts’ told by Fra Galdino.

Can’t remember it? Has it been too long since high school? Here is a brief summary.

Fra Galdino went to Lucia’s home for the ‘walnut hunt’, a customary practice at the time, which consisted of collecting walnuts as an offering and then taking them to the convent. While the bride-to-be went to get the walnuts, the friar told Agnese the famous story of the miracle of the walnuts.

Father Macario lived in a convent of Capuchin friars in Romagna.

One day he saw laborers in a field preparing to cut down a walnut tree; the friar urged the owner not to do so, despite the fact that the plant had not produced fruit for several years and promised him that that year the tree would produce more fruit than leaves.

The benefactor, who trusted the friar, ordered the laborers to spare the tree and promised Father Macario half of his walnut harvest.

Unfortunately, however, that man died before seeing the extraordinary harvest of that year, leaving as heir his son, who was selfish and only thought about having fun and squandering.

When the friar returned to him to collect his due, he refused to honour his father’s promise and sent him away.

One day, however, while he was bragging about the story in front of his friends, he invited them to see his incredible supply of walnuts in the barn, but to his enormous surprise he found only a pile of dry leaves.

The news of the miracle spread rapidly and that year the convent received so many alms in walnuts that it was able to redistribute them to the poor.