The walnut tree in peasant culture 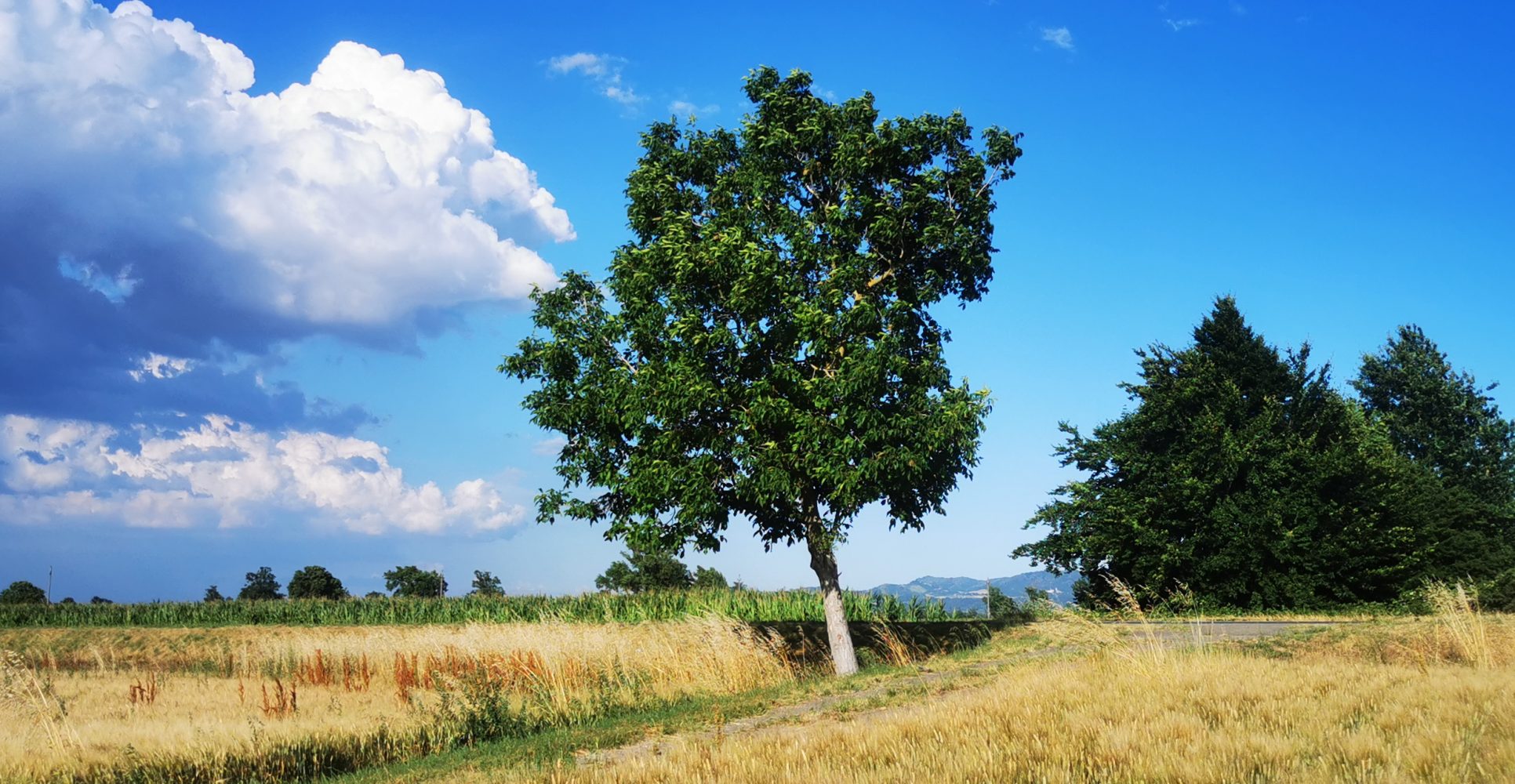 In rural areas, the walnut tree has always had a very special meaning and charm. Due to its majestic size and great longevity, it can be considered the king of fruit trees.

In past centuries, it was common to find a walnut tree near the farmers’ houses: it provided shade in summer, abundant leaves in autumn to use as litter for livestock, and fruit to consume in winter. You could also obtain oil from walnuts, known and used mostly in the mountainous areas of the hinterland, where olive oil was not available or, in any case, was considered very expensive.

Let’s also not forget that its precious wood was highly sought after; for this reason, it is said that every father of a family planted a walnut when a daughter was born: it would have constituted her dowry for her future marriage.

Much of the negative beliefs linked to the walnut tree are related to the fact that it is a solitary tree: indeed, no other plants grow around it.

This phenomenon, called allelopathy, is due to the presence in the roots, leaves, and bark of a toxic substance for other plants, called juglone, which the tree releases into the soil. For this reason, walnut trees are rarely present in spontaneous forests.

In addition, the walnut tree has a very extensive and robust root system, through which it absorbs a large amount of nutrients from the soil, subtracting them from other tree species; this factor also explains the reason for its solitary growth.

Probably for the same reason a legend had spread according to which resting under a walnut tree would make you wake up with a headache or even a fever.

According to others, instead, the exact opposite holds true: keeping a twig in your pocket taken from the tree under which you rested would constitute a lucky charm.