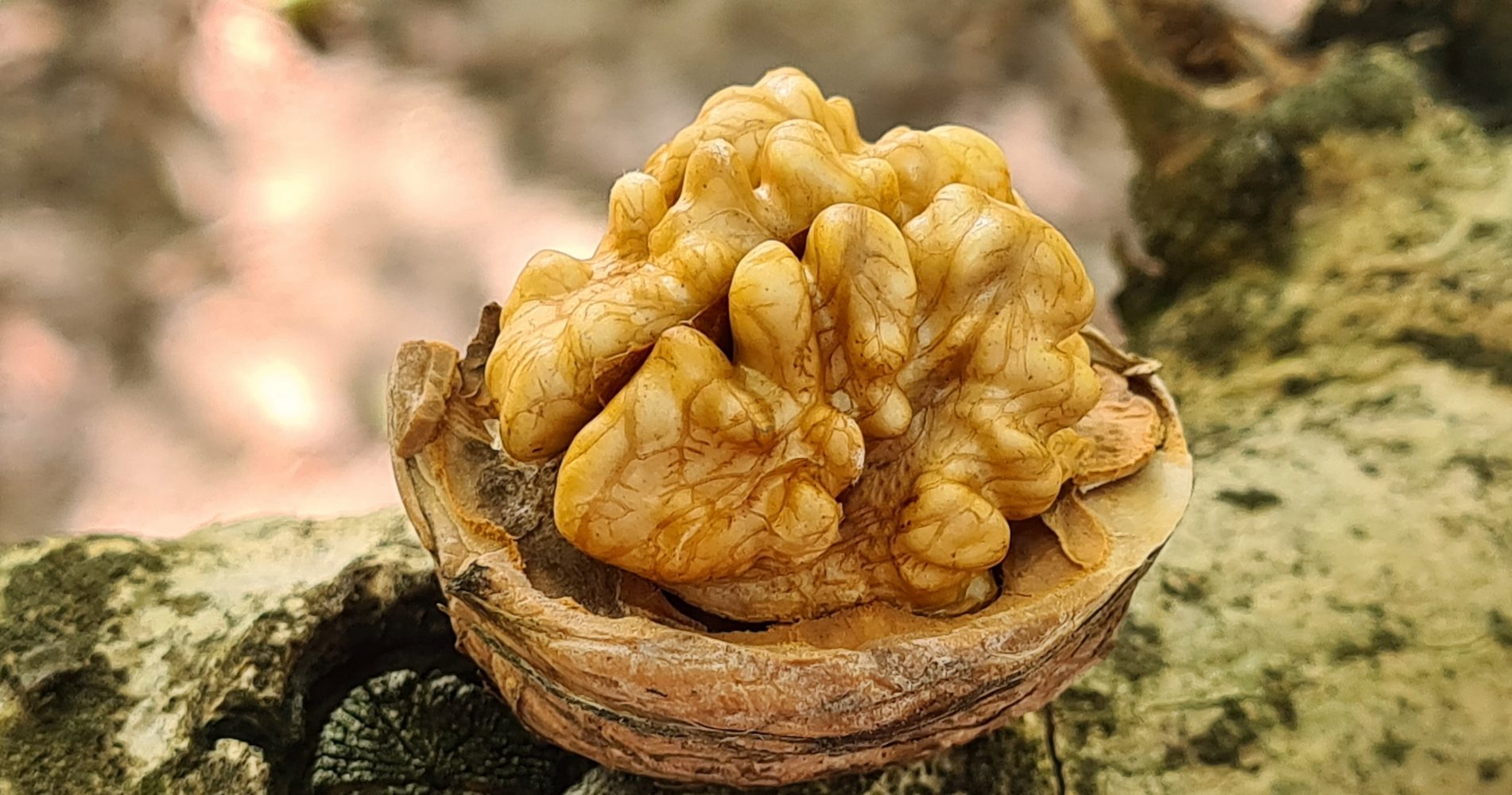 When modern pharmacology did not yet exist, ancient doctors used plants and their extracts to cure or keep the body healthy, using the Doctrine of Signatures, also known as ‘Signatura Rerorum’.

The ‘Signatura Rerorum’, or ‘signature of things’, is an ancient doctrine that studies the appearance, or indeed the ‘sign’, of every natural element, revealing by analogy the part of the human body most similar to it, on which it would perform a therapeutic function.

As Paracelsus, a 16th-century Swiss physician and alchemist, said, ‘No disease can heal by contrast, but only thanks to its similar.’

By focusing the attention on plants and analysing the similarity in shape with human body parts, similarities emerged between beans and kidneys, tomatoes and heart, celery and bones, carrots and eyes, mushrooms and ears, and… walnuts and brain!

You had probably noticed it already: the walnut kernel resembles the human brain, with a right and a left hemisphere and a structure with folds reminiscent of the cerebral cortex.

As scientific knowledge progressed, it has been confirmed by numerous studies that walnuts, rich in Omega-3, folic acid, antioxidants, and vitamin E really help the brain stay active and young!