The “power” of three-lobed walnuts

Home » The “power” of three-lobed walnuts 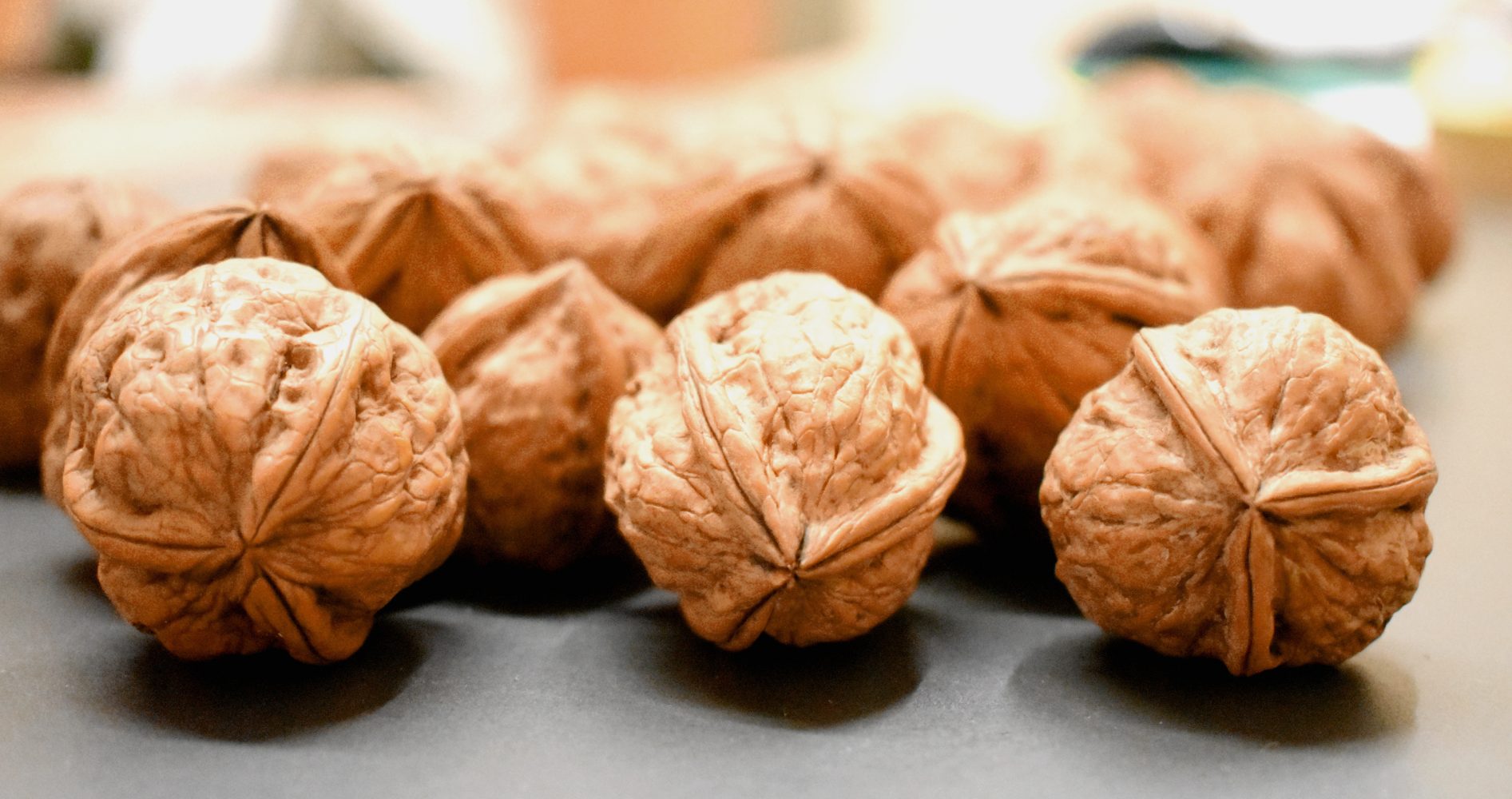 Usually, in popular beliefs, finding something rare means having lots of luck.

Like the four-leaf clover, for example, that, once found, is kept between the pages of a book, to be dried, and then jealously guarded or given to a friend.

Three-lobed walnuts (also called “three-part” or “tri garri”) are walnuts that instead of being divided into two, are divided into three parts, of more or less equal size.

They are simple genetic mutations, just as occurs with four-leaf clovers.

In ancient times, It was believed that a three-part walnut, in addition to being a powerful lucky charm, had special properties.

In the area of Otranto, for example, women kept them in their pocket to ward off the evil eye and sicknesses. In the folk tales of that area, it was considered a powerful talisman: it was enough to throw one on the ground to conjure up a bed of roses, high mountains and endless seas.

In the countryside around Bologna, on the other hand, it was said that a three-part walnut could reveal a witch, if placed under her chair.

In the area of Cianciana, in Sicily, it was believed that if one was kept in your pocket, it protected you from lightning and spells, accelerated slow births, boosted success and cured fevers. Moreover, three-lobed nuts were said to have healing properties, especially for sciatic nerve disorders.

Indeed, there was an authentic ritual, which consisted of reciting a specific prayer three times and rubbing a three-lobed walnut on the painful part:

(I rub myself with the walnut in the name of Jesus Christ and Saint Maria, take this illness from me, in the name of God, the Father, the Son and the Holy Spirit and so be it)

Folklore aside, whether you are superstitious or not, if you find one you will undoubtedly have something rare and unusual in your hands!