The nutcracker: history and cooking

Home » The nutcracker: history and cooking 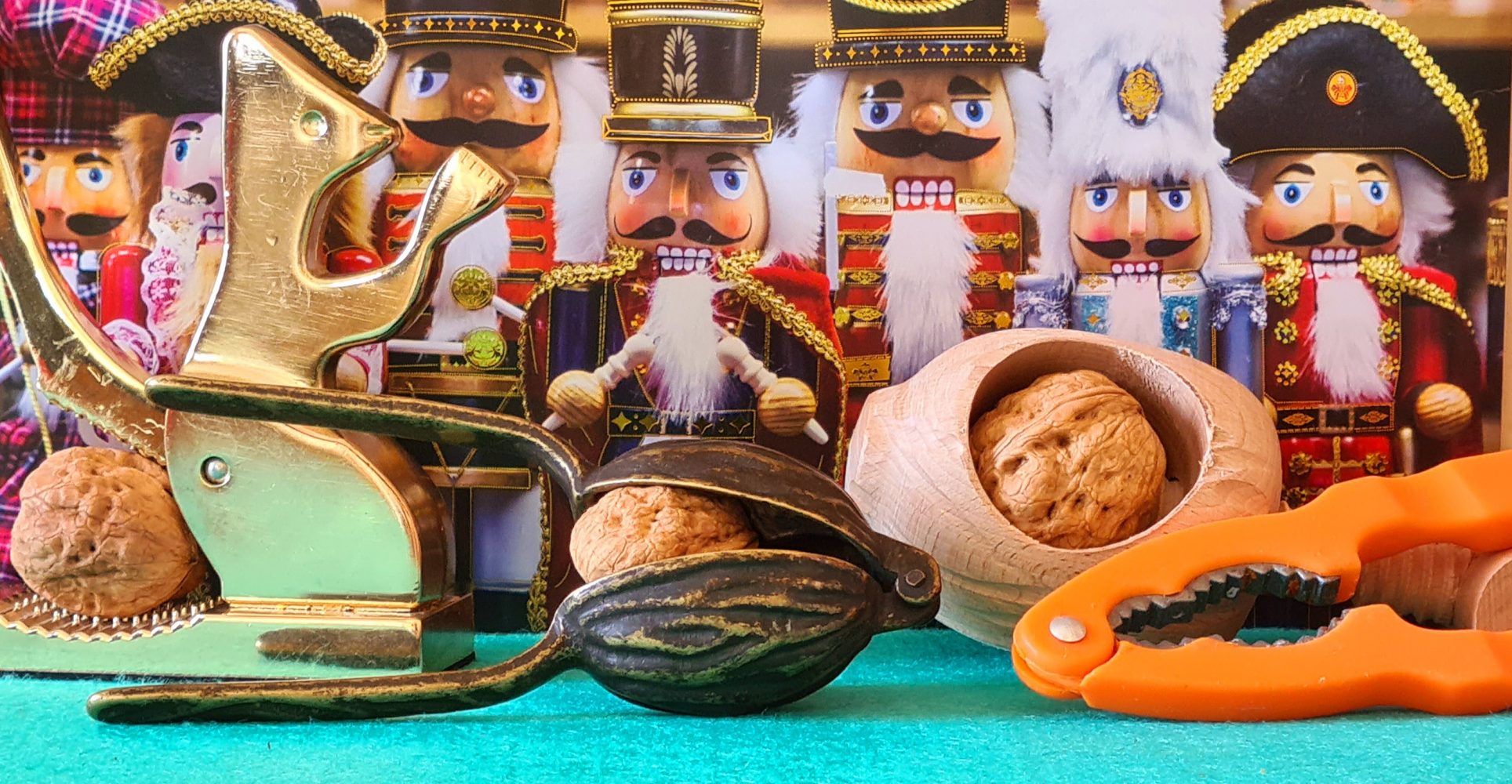 Even though it is a commonly-found object in all kitchens, the nutcracker has a long history behind it, which began around 8000 BC, when nomadic populations still lived on the European continent.

The oldest metal nutcracker is now on show in the Archaeological museum of Taranto; this instrument, made of gold and bronze, dates back to the third century BC and is formed by two arms whose hands are intertwined.

As time passed, however, this kitchen utensil started to be produced in wood, a more commonly-found material.

In Saxony, in the second half of 1800, the carpenter Wilhelm Friedrich Fuchtner made a nutcracker in the shape of a person for the very first time.

At the time, there was widespread poverty in the area and so, during the Christmas period, nutcrackers that resembled the region’s authorities were made to downplay their expression and make them seem less severe.

From the 19th century onwards, the nutcracker started to become more valuable because it was decorated with specific objects. The more ornate the decorations, the more comfortable and well-off was the life of the family that owned it.

The production of these nutcrackers became popular both in central Europe and in England and, in the place of the classic form with two levers, nutcrackers started to appear in the form of people and animals. These tools usually had a lever at the back which when raised, opened the mouth of the figure in which the nut of be cracked was placed. When the lever was lowered, the mouth closed and broke the shell.

From the end of 1800, these tools began to be mass produced and, thanks to a rise in tourism, they were sold as souvenirs, especially in Switzerland, the Tyrol and Germany.

A variety of legends sprang up around nutcrackers, including one in particular that claimed that it brought good luck and having one in the home helped to get rid of the evil spirits which inhabited the house.

The nutcracker became so important that in Germany, there is a museum in honour of this tool, called the Nutcracker Museum. There is an enormous 5-metre tall nutcracker in the entrance which is included in the Guinness book of records.

Although over the years and with the advent of technology and design, the nutcracker has undergone a total restyling, there are many fans of this genre, who eagerly add unusual specimens to their personal collection.