The “Time of walnuts”

Home » The “Time of walnuts” 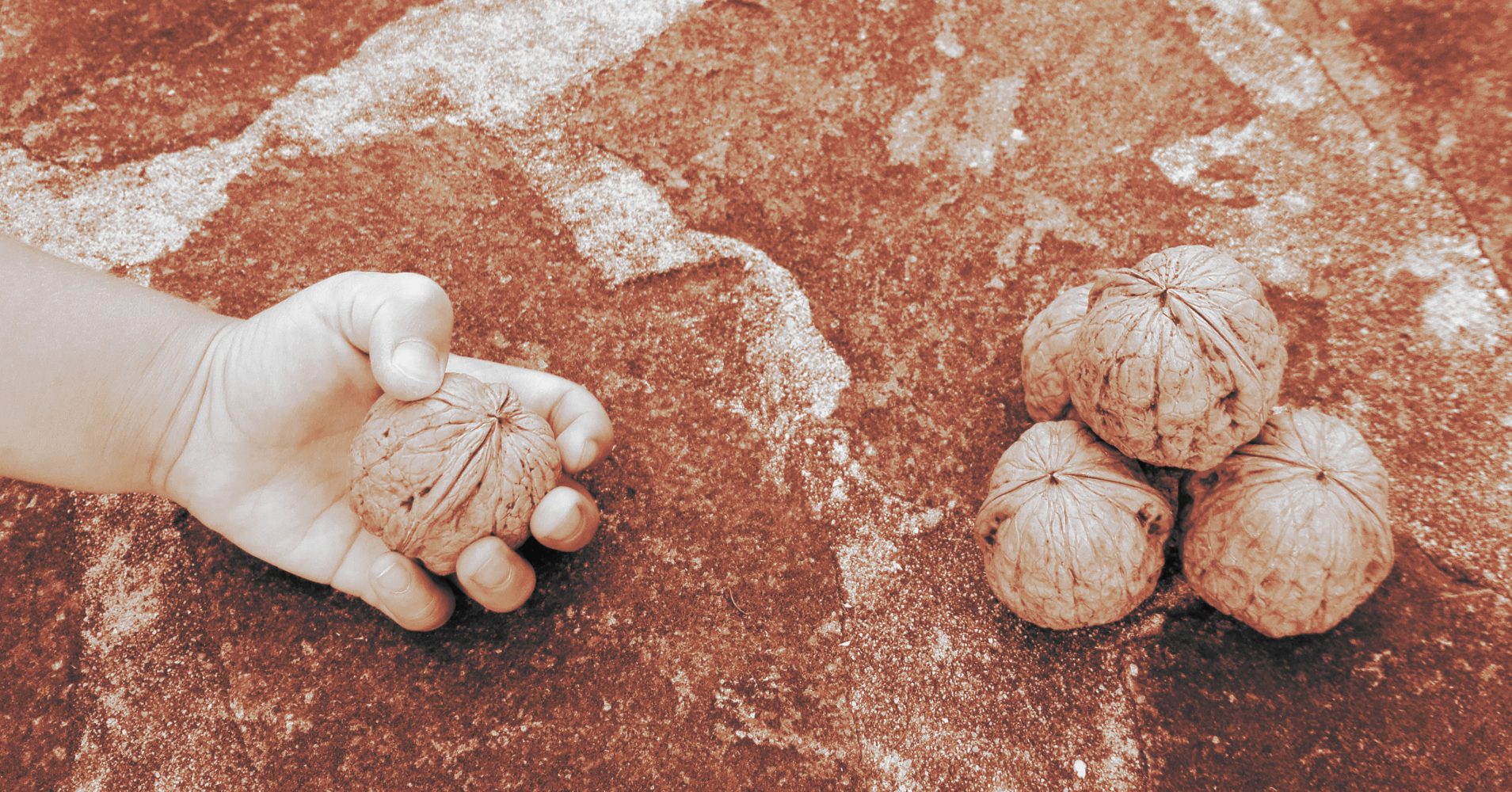 In the end, everyone knows: kids have fun with simple things! A bit of water, sand, grass, and they turn into small cooks or great sorcerers!

At the time of the Romans, the true stars of many childhood games were walnuts, which were used as alternatives to marbles.

Kids used to accumulate them and then use them for many different games, to win or lose more.
For the Romans, playing with walnuts was so common that the expression ‘leaving walnuts’ (relinquere nuces) gained the meaning of leaving childhood to enter adult life. The ‘Time of walnuts’ therefore referred to the age of childhood.

Martial wrote: ‘the pupil was sad, because he left the walnuts’.

The Romans, as well as the Greeks and other previous cultures, viewed playing as an educational activity: children, by playing, learn the fundamentals of the rules for community life, such as respect and loyalty, lest their exclusion from society.

A poem attributed to Ovid and called Nuces, ‘Walnuts’, is dedicated to a series of games with walnuts, which kids loved and practiced especially during the Saturnals, a festivity falling on December 17, similar to our Christmas.

Roman children always carried, attached to the belt, a bag containing walnuts, with which they played different and imaginative games. Here are the most popular ones.