Walnuts in the food pyramid

Home » Walnuts in the food pyramid 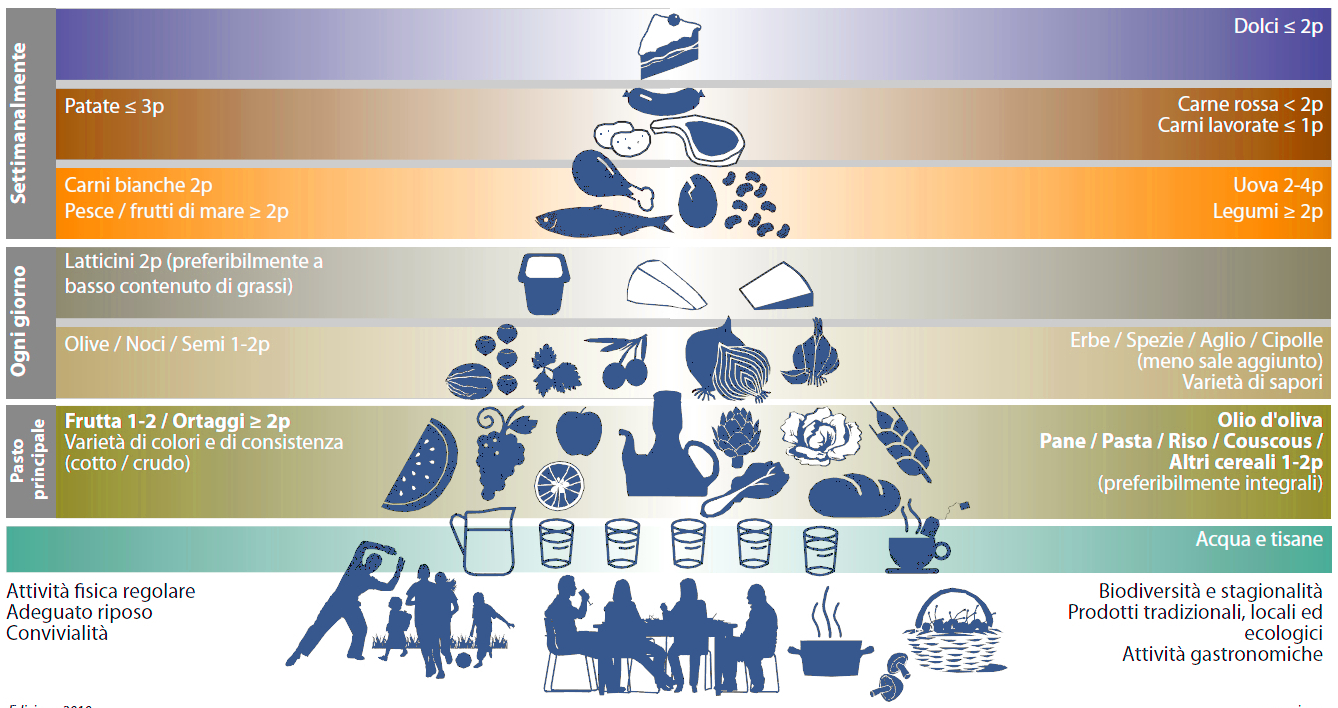 The Mediterranean diet, known worldwide as a particularly varied and healthy diet model, became famous throughout the world in the 1990s, thanks to the food pyramid.

But the changes that have affected the lifestyle of recent years have led researchers to develop a more up to date version.

After the recognition of the Mediterranean Diet as an “Intangible Cultural Heritage of Humanity” by UNESCO in 2010, researchers have developed a new food pyramid as a contemporary means of communication aimed at both the general population as well as health professionals, taking into considering people’s new lifestyles.

The modern food pyramid developed by experts at the Mediterranean Diet Foundation has been conceived as a simplification of the original pyramid and can be adapted to the specific situation in the different countries in the Mediterranean region.

The latest version of the food pyramid suggests the types and the frequency of eating various foods, so as to form the basis for a healthy and balanced diet.

Unlike the old pyramid, where foods were divided into very generic types, the current pyramid provides a much wider classification, because it takes into account the different nutritional values that foods have and encourages a varied diet model, keeping the principle of moderation in portion size, in relation to the energy expended by the individual person.

Another new item introduced by the modern pyramid is the incorporation of the behavioural suggestions to follow: researchers recommend a social and shared lifestyle, doing some kind of physical activity, but also to enjoy a little daily rest and, in general, choosing local, eco-sustainable produce and respecting traditions.

To underline the importance of nuts and dried fruit, eating which is recommended in the order of 1-2 portions a day (1 portion = 30 grammes), as also indicated by the IV revision of the LARN (Livelli di Assunzione di Riferimento di Nutrienti (Reference Consumption Levels of Nutrients and energy)) developed by the Italian Society of Human Nutrition (Società Italiana di Nutrizione Umana) in 2014.

Walnuts are, therefore, an important element in the food pyramid, so much so that they are placed in the food group that should be consumed on a daily basis.